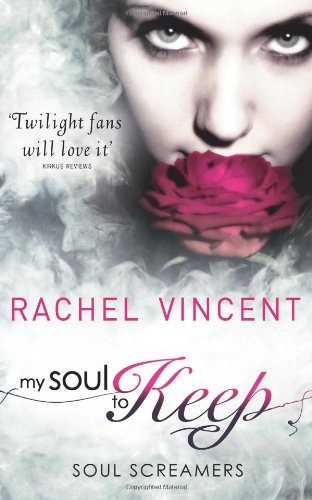 Kaylee has one addiction: her very hot, very popular boyfriend, Nash. A banshee like Kaylee, Nash understands her like no one else. Nothing can come between them. Until something does.

Demon’s breath. No, not the toothpaste-challenged kind. The Netherworld kind. The kind that really can kill you. Somehow, the super-addictive substance has made its way to the human world. But how? Kaylee and Nash have to cut off the source and protect their friends—one of whom is already hooked. And when the epidemic hits too close to home, Kaylee will have to risk everything to save those she loves. – Goodreads Page

I love this series so, so much! If you’re a regular reader of my blog then you should know this by now. I’ve read all of the books already, by for some reason I have yet to review the latest three. This is about to change.

So we left off with My Soul to Save (Book #2), with Tod’s ex girlfriend staying in the Netherworld despite the trio’s attempts to save her and her sister from the bad guys. Somehow, the lethal substance Demon’s Breath has made its way into the human realm, and Kaylee, Nash and Tod must try to find the dealer and stop them from giving the stuff to humans, who would probably die if they became too addicted.
Kaylee was so strong in this book, she’s really coming a long way. She journeys back and forth to the Netherworld – accidentally, of course, no one would go there alone on purpose – and she also has to put up with her boyfriend acting like a prat. All the while, she has to try to solve the mystery of who is dealing the Demon’s Breath before her classmates get hurt. I love Kaylee, she’s a great female protagonist – one that doesn’t annoy me! – and she’s a tough lady.
There’s also a mysterious new character that is introduced. I won’t say too much about them, but they added a whole new dynamic to the book, and I loved it.
I don’t really need to point out how much I love Tod, but I’m going to do so anyway. He’s bloody amazing! He’s so caring, and yet he has this bad boy/sarcastic image to uphold. He and Kaylee should hurry up and get together. Tod is also kind of a hero in my eyes, because he punches Nash at some point. LOVE!
Needless to say, I hate Nash. I hated him before this book, and since reading this one I have hated him even more. I think most of you guys will too. He is vile. Really. The way he treats Kaylee is just awful, and he should just go DIAF or something. No one would miss him, and I think Kaylee would get over him pretty easily. She has Tod, after all.

Definitely go out and buy this series, because it’s blimmin’ awesome. If you didn’t already know, it’s one of my all time favourites, and if you’re a new follower then you’ll soon get used to me pushing these books at you. I’m a pusher, yes.