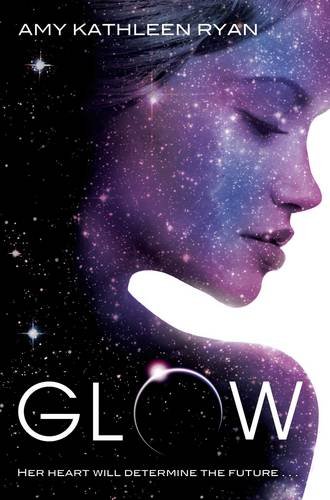 What if you were bound for a new world, about to pledge your life to someone you’d been promised to since birth, and one unexpected violent attack made survival—not love—the issue?

Out in the murky nebula lurks an unseen enemy: the New Horizon. On its way to populate a distant planet in the wake of Earth’s collapse, the ship’s crew has been unable to conceive a generation to continue its mission. They need young girls desperately, or their zealous leader’s efforts will fail. Onboard their sister ship, the Empyrean, the unsuspecting families don’t know an attack is being mounted that could claim the most important among them…

Fifteen-year-old Waverly is part of the first generation to be successfully conceived in deep space; she was born on the Empyrean, and the large farming vessel is all she knows. Her concerns are those of any teenager—until Kieran Alden proposes to her. The handsome captain-to-be has everything Waverly could ever want in a husband, and with the pressure to start having children, everyone is sure he’s the best choice. Except for Waverly, who wants more from life than marriage—and is secretly intrigued by the shy, darkly brilliant Seth.

But when the Empyrean faces sudden attack by their assumed allies, they quickly find out that the enemies aren’t all from the outside. – Goodreads Page

Earth has become almost uninhabitable, and so two sister ships – The Empyrean and The New Horizon – have been set off into space to commence their journey to New Earth. Our two main characters, Kieran and Waverly, are on one of those ships.

So as you may have deduced, this novel is a sci-fi/dystopian. Don’t you just love those? I do. Ever since I read Across the Universe I have been fascinated by the genre, and I was so excited when I received this ARC in the mail. As predicted, Glow did not disappoint – I absolutely ravished it.
The story is told in two points of view – Kieran and Waverly’s – and in alternating parts. We are first introduced to The New Horizon, where Kieran and Waverly are the eldest children. They are greatly favoured, as previously to them being born the females of the ship had been infertile. I won’t go into too much detail about that, because there is so much to be explained and explored, and I wouldn’t want to ruin any potential surprises!
Something inevitably goes wrong, and causes Waverly and her boyfriend Kieran to be separated. I, for one, was quite looking forward to the change in status, but anyway, let’s continue.
The main story arc of the book was excellently dealt with; there were many twists and turns throughout the plot, and lots of action scenes thrown in! The plot was fast moving, yet I didn’t have any trouble keeping up with what was going on. There were some time jumps, but these were almost perfectly well managed, and stayed very consistent throughout the parts.
Most of all, I loved the world building. You all know I love dystopias, and this is possibly one of the best I’ve read so far. The little details were brilliantly though out and executed, and I loved that everything had relevance within the story.
I’d also like to add that I was extremely impressed by the villain. Without mentioning any names, I thought our villain in this book was brilliant. The reasons for the villainous acts were well put across, and you could really tell that nothing was done without cause. Simply amazing.
Waverly, our heroine, was fantastic. She was strong willed, and didn’t let anything bring her down. Instead of whining on about how bad her life had suddenly become, she strived to help the others on the ship and to plot a way to get back to Kieran. That said, I liked the fact that Amy Ryan hadn’t made her to be too tough. Things affected her, and circumstances changed her. She had great character growth and her development right until the end of the novel was clear.
As for Kieran… Meh. Usually it’s the girl that annoys me, but Kieran was an awful character. I really wasn’t interested in his relationship with Waverly, and I do not think they are suited in the slightest. Waverly was such a strong character, and I feel that Kieran put her down. His whining especially got on my nerves, along with the preaching.
In fact, I’m rather looking forward to seeing more of Waverly and Seth, and hopefully seeing something form between them. Yes, I know Seth is a bit of a bugger, but he’s significantly better than Kieran and I think Waverly will do Seth good.
And to top all of that awesomeness off, Amy Ryan’s writing style was impeccable. There were a couple of scenes in which I could feel the character’s pain physically, for example in one scene, someone pulls an IV out of their arm and then has to put it back in. This scene and the descriptions just left me cringing; it was awful and yet amazing at the same time. This rarely happens to me whilst reading.

I definitely recommend this book to sci-fi and dystopian fans. I’d also like to recommend it to everyone else, whether you’re a fan of politics, family relationships, religion, or none of the above. You can just ignore the fact that it’s set in space, because I can guarantee you are probably going to love this book!