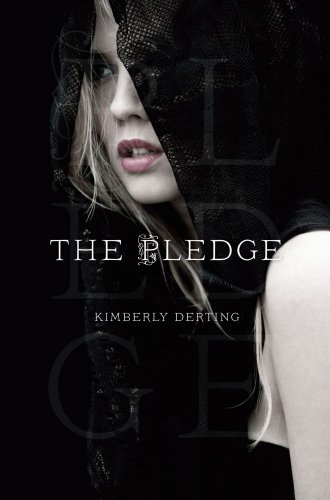 
In the violent country of Ludania, the classes are strictly divided by the language they speak. The smallest transgression, like looking a member of a higher class in the eye while they are speaking their native tongue, results in immediate execution. Seventeen-year-old Charlaina has always been able to understand the languages of all classes, and she’s spent her life trying to hide her secret. The only place she can really be free is the drug-fueled underground clubs where people go to shake off the oppressive rules of the world they live in. It’s there that she meets a beautiful and mysterious boy named Max who speaks a language she’s never heard before . . . and her secret is almost exposed.


Charlie is intensely attracted to Max, even though she can’t be sure where his real loyalties lie. As the emergency drills give way to real crisis and the violence escalates, it becomes clear that Charlie is the key to something much bigger: her country’s only chance for freedom from the terrible power of a deadly regime. – Goodreads

The story kicks off right away as Kimberly Derting throws us into this dystopian world that she’s created. There’s a lot of mystery during the first few chapters, especially surrounding Charlie, and even after we find out exactly what is different about her there is still an immense amount of information to be discovered.

The plot is fast paced, and I couldn’t get enough. There are plenty of twists and turns that I didn’t see coming, and I was genuinely surprised about. I applaud Kimberly Derting for tricking me! I loved the adventure that Charlie was forced into, and meeting all of the new characters along the way was an added bonus, because I loved every single one of them. There was a particular scene that involved almost all the main characters, which included Charlie being attacked for being playful. And I found this hysterical, although I can’t say why!
Charlie is the main protagonist, and I must say that I really enjoyed reading about her character. The story is told from her perspective for the most part, and I loved being inside her head. She had a lot of struggles going on in there, and while she didn’t particularly have any flaws that stood out, she did have a lot of problems that made it fun to watch her pull through or fail.
The synopsis tells you that Max is the love interest in this book, so that’s not a spoiler. If you’re my friend on Goodreads then you may have read that Max annoyed me in the beginning. He came across as very controlling and a bit of a git. However, as Charlie got to know him more his character opened up and we got to see what he was really like. He reminded me a tiny bit of Damon Salvatore (TV version!) if any of you want a comparison.


Xander also deserves a special mention, because Xander is awesome. *hugs him tight and never lets go*
I’m sure most of you have probably read The Body Finder and its sequel, Desires of the Dead, because they’re pretty popular books. For those of you that have, I don’t think I need to tell you that Kimberly Derting has a fantastic writing style that just flows off the page as you read. For those of you who haven’t read any books by Kimberly Derting, I just told you all that you need to know.
I will definitely be recommending this book to all of my blogger friends – after you’ve picked up my other recommendations, of course – as well as others. It’s a great dystopian novel with great world building and back-story, with lots of action and surprises thrown in!