Back in March I picked out the three books that I enjoyed the most for January, February and March. These books are the ones I enjoyed the most during April, May and June. It was hard to choose the books this time around – much harder than before! So, let’s get started.
April’s Book of the Month is

The Summer I Turned Pretty by Jenny Han

This book is the perfect summer read. It’s about a girl who spends her summers at a beach house with her mum’s friend and her sons. It’s a really fun read, with some heavier stuff thrown in. I definitely recommend reading it if you haven’t already, perhaps take it to the beach or the pool on a sunny day. I’ll be taking the second book with me to Crete this year!
My review of The Summer I Turned Pretty
May’s Book of the Month is

Ah, the beginning of a new favourite series of mine! Poison Study is set in a fantasy world, and it’s about a girl named Yelena who becomes the Commander’s new food taster. She has to learn to test for poisons, whilst also learning to fight and to.. well, I shan’t say too much 😉 But Yelena is an awesome main character (think Rose Hathaway awesome) and Valek is HOT STUFF.
My review of Poison Study
June’s Book of the Month is 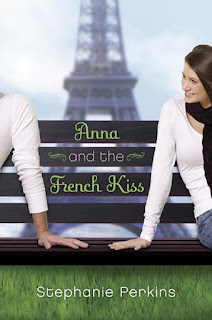 Anna and the French Kiss by Stephanie Perkins

I know, I know, it took me AGES to pick up this book. But everyone was right, it’s freakin’ awesome! The main characters are fantastic, and the writing is brilliant. It’s set in Paris and the descriptions made me feel like I was right there, walking around the school and the city. Definitely pick this book up if you haven’t already!
My review of Anna and the French Kiss